MONTANA ATTORNEY FOR EVERY KIND OF FAMILY

Hull, Swingley & Betchie is among the most experienced family law firms in the State of Montana providing expert representation in all matters relating to divorce, legal separation, property settlements, and child custody and support. We also offer mediation and collaborative negotiation services to our legal colleagues in helping them to resolve their clients’ divorce disputes.

Click here to learn more about our experience and style.

YOUR TIME AND MONEY ARE TOO VALUABLE TO WASTE

Your experienced Montana collections lawyer will spare no effort in recovering money owed you by consumers residing within the State of Montana. We provide comprehensive debt collection services to a wide range of local and national business clients, including forwarding companies, lending institutions, medical practitioners, service businesses, credit card companies and transportation companies. 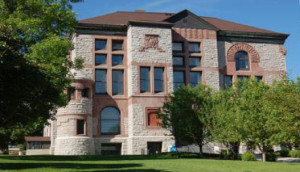 Your Montana Family Law Attorney is Dedicated to Preserving Your Family and Protecting Your Future.
Legal disputes within families, such as divorce, family services cases, or child custody issues, are never easy to deal with. When your emotions are running high, it’s extremely important to have an experienced family law attorney on your side. With every family we work with, Hull, Swingley & Betchie’s goal is to obtain a favorable outcome while minimizing the stress and conflict that frequently occur in these family law cases. Our practice focuses on saving our clients’ time and money by resolving matters outside of court whenever possible. But we are experienced litigators who provide strong trial advocacy whenever necessary to protect your rights.

As a leading Commercial Collections Law Firm Hull, Swingley & Betchie Aggressively Pursues Its Clients’ Legal and Financial Interests
For a vendor or service provider, collecting past due commercial accounts can be a complicated and time consuming process often requiring the investment of more time and resources than the debt is worth. In addition, if debtor is located within Montana and the vendor is not, it is logistically difficult for the creditor to file a case in Montana courts. Retaining a Montana-based commercial collections law firm solves these problems. With every case Hull, Swingley & Betchie takes, it is our goal to recover the debt owed in the most efficient and cost effective manner possible. We handle the entire process from start to finish, fighting to protect your legal interests and get results. The charge for this service is not due until we have obtained an actual recovery and its amount is based on the amount recovered.

In 2002 Christopher Betchie joined the United States Air Force, where he maintained and inspected numerous F-16 fighter jets while with the 57th Equipment Maintenance Squadron at Nellis Air Force Base. After his Honorable Discharge from service Christopher spent two years in Texas working in the mental health industry where he found his passion for helping others. When he returned to Helena in 2008, Christopher received his Bachelors of Arts Degree from Carroll College with a double major in Psychology and Sociology.  During his time at Carroll College, Christopher held numerous positions with various mental health organizations.  Christopher then attended the University of Montana’s School of Law in Missoula, where he received his Juris Doctorate.  After successfully passing the bar examination and being sworn into the Montana State Bar, he returned to Helena to open his own firm, Christopher R. Betchie Attorney at Law PC. Christopher presented at the Mala Annual Conference on Family Law in 2019, and also presented “Navigating the Legal System for Non-Legal Professionals” at the Annual Head start Conference in 2019.

In August 2019 Chris became partner at Hull, Swingley & Betchie PC where he will continue to faithfully serve the Helena community in their Family Law, Civil Actions, and Collections Law needs.

Thank you for your interest in Hull, Swingley & Betchie PC. Please contact us. I, or a member of my staff, will speak with you right away about how we can assist you in your collection action or in obtaining court approval of a transfer of structured settlement.

Comprehensive Debt Collection Services in the State of Montana